Even though every team member on The Urban Mama are used to being interviewed on TV, I have never been on one. So, when Ninit scheduled me to join them to appear on DAAI TV, I was nervous and got butterflies in my stomach. I honestly think I'm not meant to be on TV...

We met up around 7:30 in the morning at ninit's apartment lobby. By the time I got there, Chika has arrived along with her huuuuge make-up box and has already started putting make up on Ipeh. 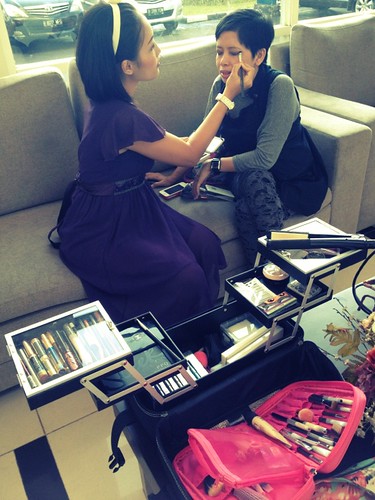 Chika has always been our make-up artist (along with TUM's PR, offline coordinator, and all other things).

We then arrived at the largest oriental-style building I've ever seen in Jakarta. It was grey all around and was overwhelmingly huuuuge. Of course, we had to take pictures in front of it. The pictures were taken by mr. Driver, who took very cool pictures with artistic angles. I think he should make a career change to photographer... these photos weren't touched up at all: 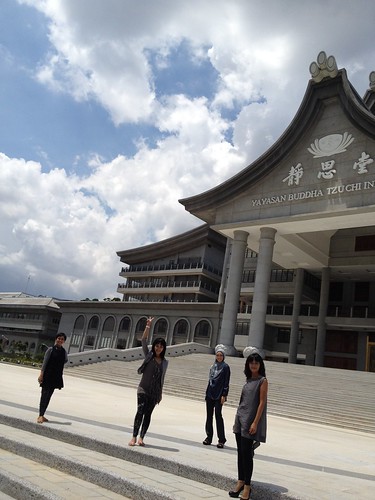 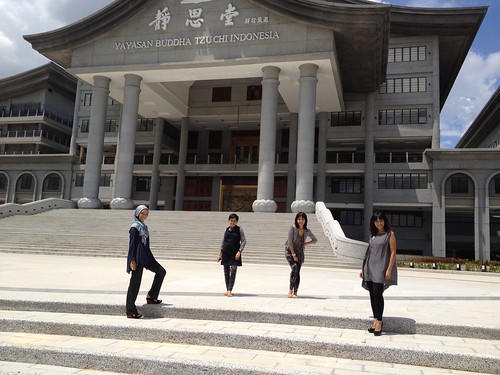 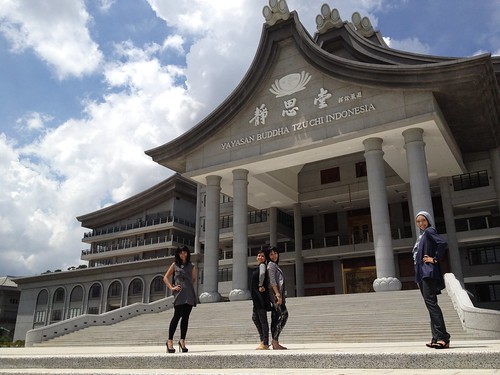 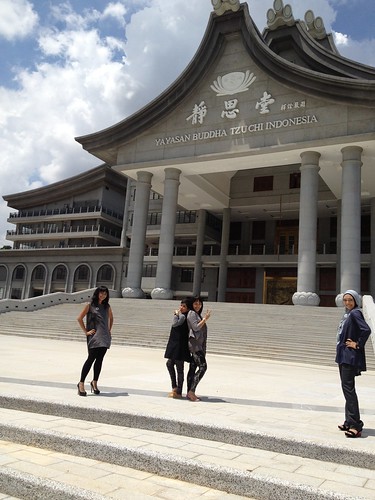 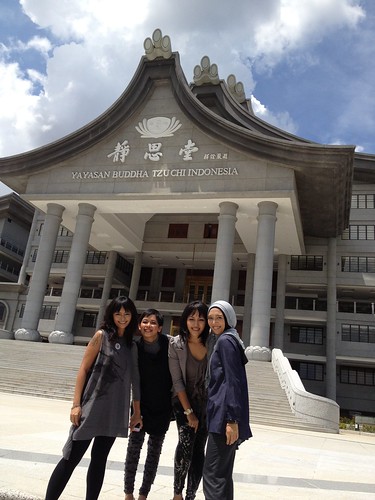 Anyways, the interior of the grey building, which turned out to be the Tzu Chi Buddhist Center, was all in wood. Wooden pillars, wooden floors, wooden walls... And we were not allowed to wear our shoes in the building. There was a stack of blue bags outside of each door where we can put our shoes in and lug it all around the building.

The DAAI TV crew was still styling the shooting space, which was located at one of the corners of the building side entrance. We were told to wait in one of the rooms, where we can continue putting on our make up (there was a make up guy helping us, too). 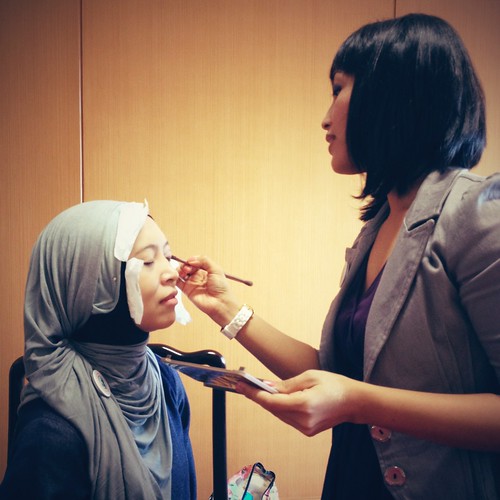 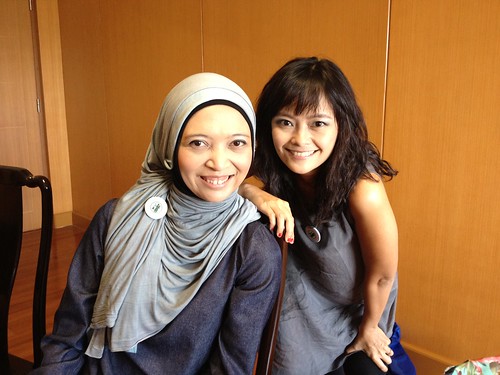 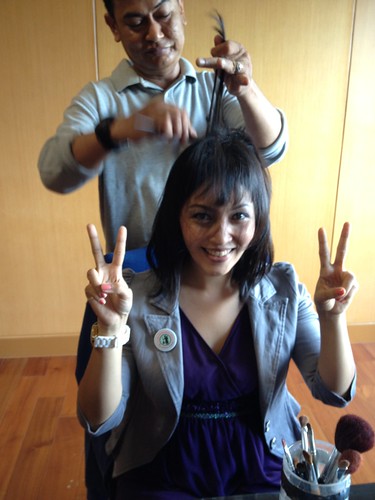 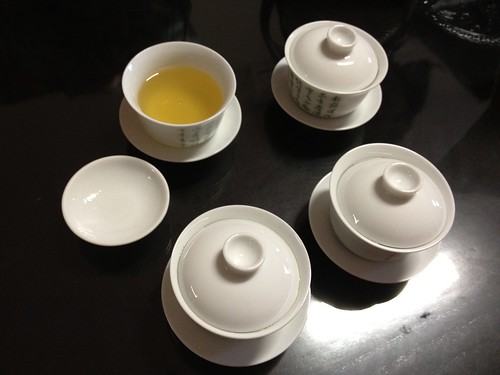 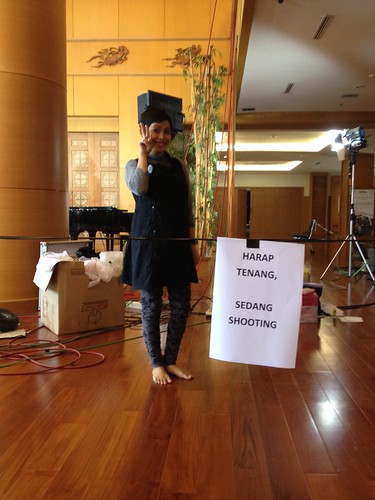 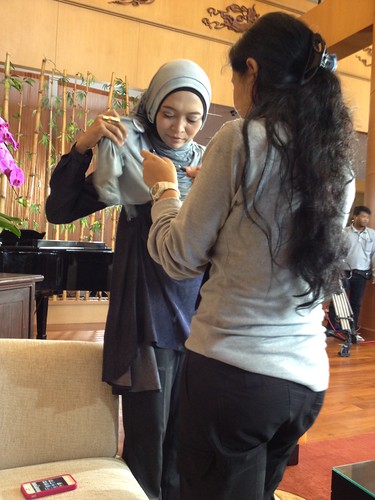 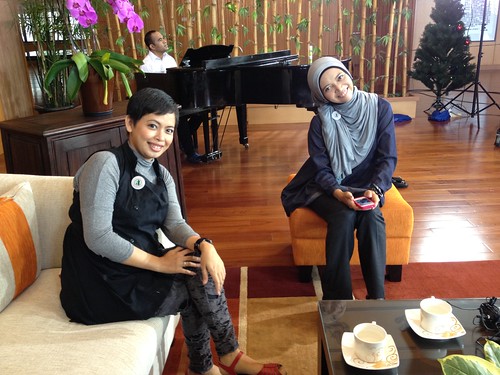 After the whole shooting thing was done, the driver dropped us off at the Holycow Steak at Senopati. This is my first time eating there, and it was yummeeeh! 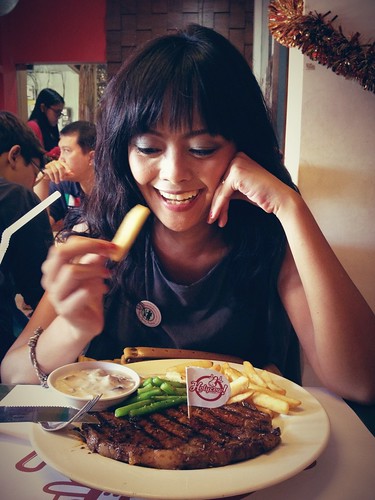 So, regarding being on TV: I think the people were very nice. The make-up was super thick, probably on par with my wedding make-up. Maybe even thicker. I hope the make-up artist washes his brushes often. I stuttered a bit and was very incoherent on TV (yikes!).